For several years, I’ve gotten an e-mail every time one of our CCI puppies reaches the 6-month mark. It reminds me that “CCI is engaged in a multiyear effort to identify ways in which behavioral traits may be more accurately assessed and quantified.” As a part of it, they ask the puppy raisers to fill out a questionnaire created by a U Penn professor. The idea is supposedly to compile all the info to make the training and breeding programs better. So I dutifully answer the dozens of questions — and do it again at the 12-month mark. But so far, I’ve never heard anything about what the questionnaires reveal.

Now I have an opportunity to get a juicy, satisfying report card for one (or both) of the dogs in our house, without the tedium of having to churn through all those questionnaire items. I learned this in the New York Times story that ran yesterday (and was the most-emailed today) about the Duke University biological anthropologist who has become something of a specialist in the canine mind. Four years ago, he set up a center for canine cognition research, and it sounds like he’s found some interesting findings. But the genius stroke is that he and some colleagues have come up with a way to get the public to pay to help them in their research. 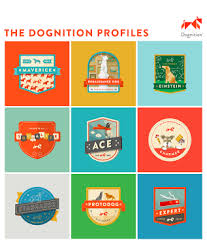 I can’t believe it, but after visiting the Dognition website I am actually tempted to cough up $99 and join in the fun. If the temptation proves too strong, I’ll report on the results here.