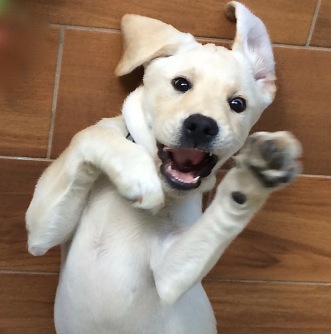 We’ve told everyone that Beverly is the sleepiest puppy we’ve ever had, and this is true. Furthermore, when awake, she’s extraordinarily placid. Often we’ll open her kennel door, and rather than springing to her feet and leaping out and on us, she’ll sit and look contemplative. (“I see the door of my kennel is open,” we imagine her thinking. “Perhaps I shall arise and venture out. Eventually.”)

But even as I write these words, I can think of subtle changes I’ve been seeing. I took her to a puppy social Saturday afternoon, and at first she shrank from the frenzy of racing dogs, every one bigger than her. But after hiding in a thicket of bamboo for a while, she undertook some timid exploration. A stand for water bowls fascinated her (until she knocked it over). Then she found Mai-Tai, the black lab pup who’s a month older than her, and the two of them engaged in some energetic wrestling. 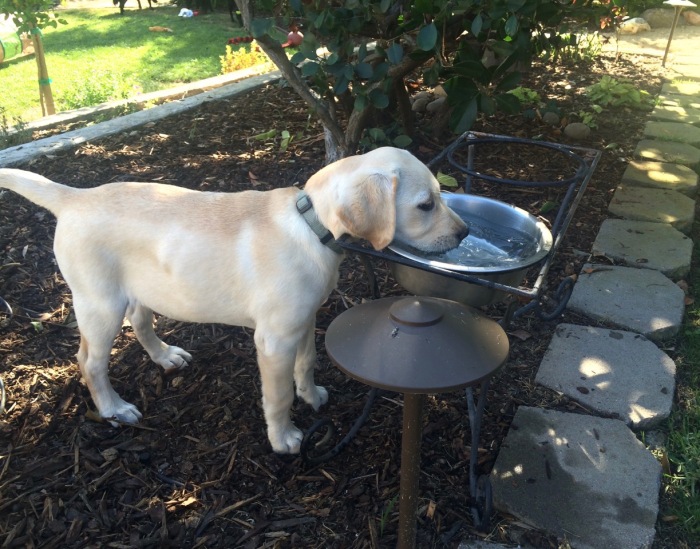 The last day or two, Beverly has refrained from going back to sleep (for several hours) immediately after breakfast. She plays with toys for a while…

…and has discovered that balls can be chased. She has decided that tug of war is fun. When she laps and laps at her first drink of water in the morning, her little tail now swings back and forth enthusiastically. (Just a week ago, it hung limply.) She’s even unearthed a bit of mischief overlooked by all her predecessors: grabbing one of the oranges that have fallen off the tree and breaking into its rotting contents.

She’s working to befriend Mr. Tucker, who’s still recovering from his recent surgery, and therefore grouchy. It’s going slowly. But again I imagine what she’s thinking: give me time. 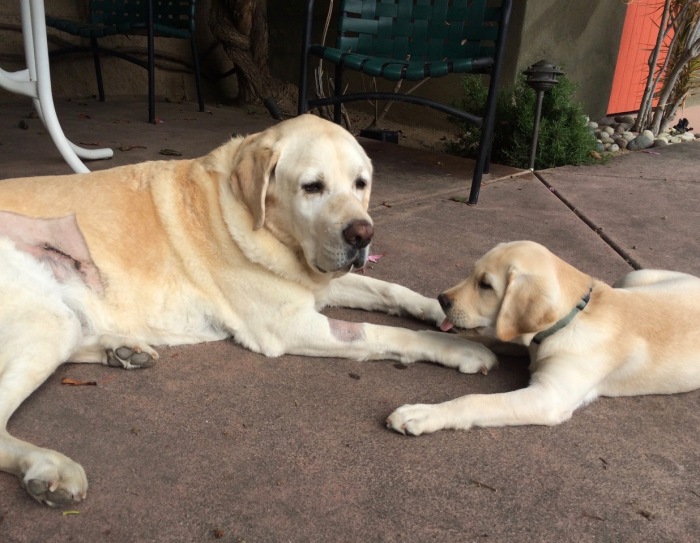