The next step in Dilly’s becoming an even more perfect puppy will be when all his baby teeth fall out. 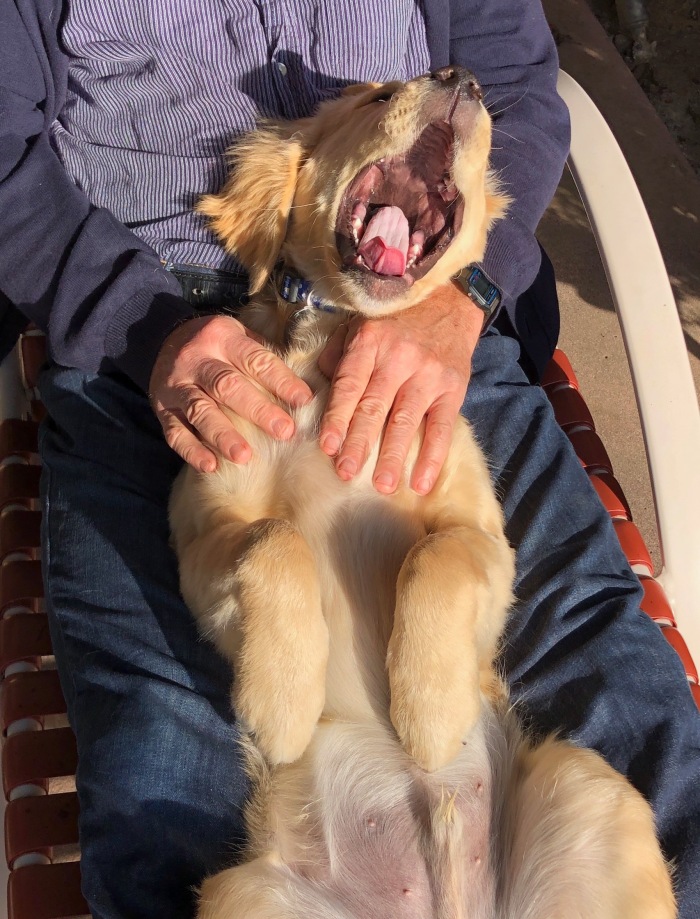 He’s already a pretty awesome fellow, especially considering that he’s just four and a half months old. But he still loves to chew on us, the way he used to chew on his littermates. Some pups do this more than others. Adagio barely did it at all. Dilly falls more toward  the more munchy end of the spectrum. It’s clear he finds gnawing on us to be deeply satisfying.

He’s not trying to hurt us; it’s just a puppy thing. Still, those baby teeth are like razors. Even accidental encounters between them and human skin can be pretty gruesome.

Happily, Dilly’s big-dog teeth are beginning to push those dangerous baby knives out.

I know the day will eventually come when he’ll stop chomping on us altogether. But in the meantime, I’m saluting the arrival of every single new big-dog tooth.