One of the first big series of storms of this season has finally begun, but over the holidays, the weather was still glorious enough to allow us to get in one of our favorite winter activities — hiking on the beach from La Jolla to Del Mar during one of the super-low tides. Good friends organize this outing every year, and in late 2014 we couldn’t bring Kyndall because she was still a tiny fur ball. (Instead we found a puppy sitter for the afternoon.)

This year, one of the delights of her not going into heat over the holidays was that we were able to bring her with us on the annual outing.

It’s a challenge. The route covers 7 or 8 miles, and moreover, the early parts of it require scrambling over some slippery boulders. At one point, the going threatened to be too dangerous for her to cross, unscathed, but one of the strong young men in the group stepped in to act as her bearer. 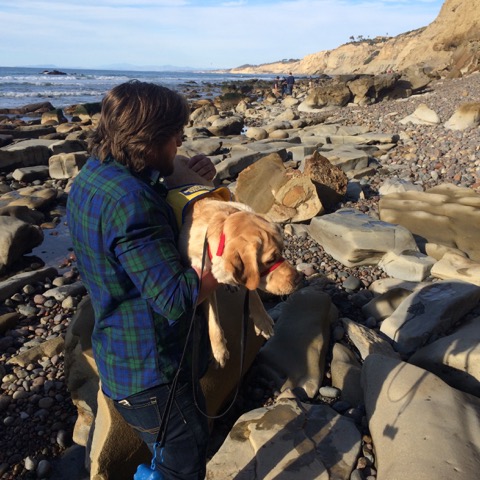 After that it was a piece of cake, and Kyndall settled down and seemed to enjoy it all. Who could not? 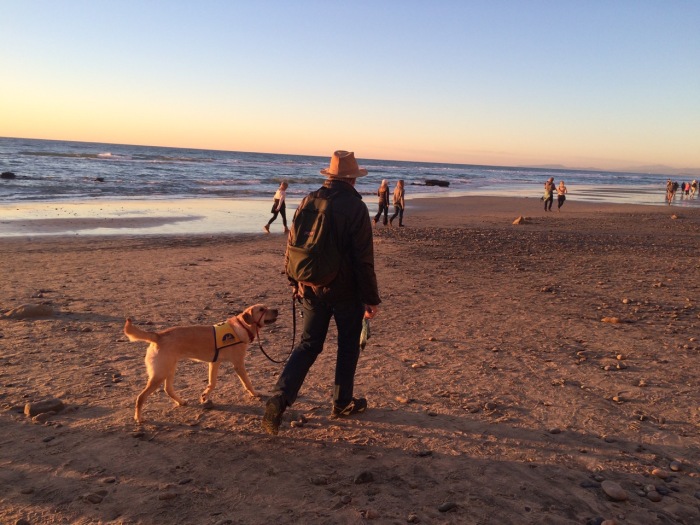 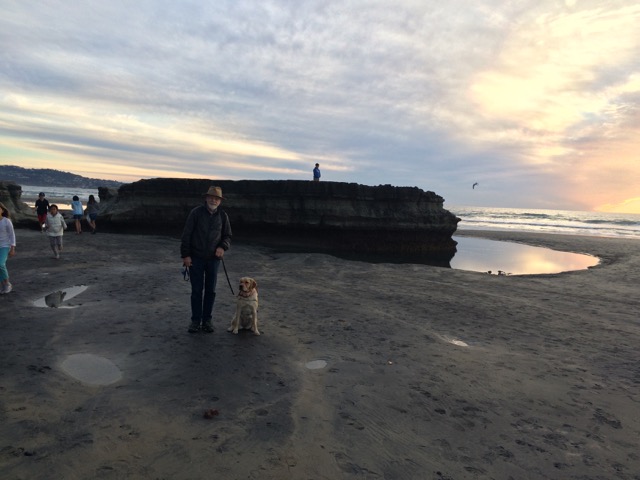 We appreciated the stunning physical beauty, but I know she appreciated the fascinating smells. The takeaway for me was that one of my New Year’s resolutions is to hike more in 2016. With Kyndall, if possible (providing that we get enough dry weather between now and the time she turns in for Advanced Training.)